Send me a quick message
about your project.

Thank you! Your submission has been received!
Oops! Something went wrong while submitting the form

This publishing platform has quickly begun changing how volunteers teach in their local churches. By transforming native print-based content into a digital format that can be used anywhere and anytime, traditional publishers use Disciplr to span a digital divide and publish their content to their ever-growing digital audiences.

A startup born from a publishing house

As a product manager at David C Cook in mid-2014, I was asked to take part in the formation of a company within a company. Disciplr was to be a way to meet the market demand for more digital content, as well as the desire to explore more digital business models in a 140-year old, faith-based publishing house. I brought to the team design management experience and a background in code, as well. But I certainly wasn’t experienced in building a product from scratch...so this was going to be huge!

We started by defining the problem and validating it by using the Lean Canvas approach. This was sufficient to get underway, pitch the idea to leadership, and start assembling a team to build and brand a business.

Primarily my responsibility would be to ensure the creative direction was on point while managing our engineers to build a scalable, feature-rich application for our customers. This mostly meant designing a workflow and project management process that really fit our team. We mixed a little Kanban-style pull methodology with Scrum-style ceremonies and offset our design team to work a week prior to each sprint so that development was never waiting on design. Great in theory, but really hard to pull off.

But wait, where is the creative? Let's take a look at some of that process.

It started by creating the wrong logo...

We even had them printed on coffee mugs! It wasn't until some nice folks at a conference pointed out that our brand looked suspiciously close to Beats by Dre. That was unintentional and misfortunate because it meant a rebrand, or at least a tweak of what we had...but it did have an upside. We bought the team Beats headphones when we launched.

So it was back to the drawing board to sketch out a similar, but new feel to the logo that didn't infringe on copyright laws. After lots of tweaking I landed on this concept of having the "d" fold back on itself, and the notch would indicate the shadow created. It was one color, it was simple, it wasn't a dramatic departure, it didn't infringe on any trademarks...it was our new brand.

I knew that a responsive web design or mobile-first approach was our best chance to see widespread adoption, feel modern, and push volunteers to use this in a classroom setting. But it would have it's own challenges. For one, there was a lot of interface to deal with and we had to make some tough decisions to launch.

Also, an RWD approach took advantage of our Javascript and Ruby on Rails development team, letting them build in the environment they know best and not be forced to dive into Objective-C or Java dev.

The next iteration of Disciplr promises to have additional features that initially will be handled through the web application, but could easily be supported via native apps. Specifically, being able to present a lesson's content (images, video, maps, verses, etc.) could benefit from being launched in a no-nonsense native app that strips away all of the overhead of the rest of the app that won't be used by a volunteer on the morning of teaching a lesson.

We took to prototyping concepts to demonstrate creating easy to digest prompts from parsing the API's stored lesson content. This was simple but fast way to test whether or not users liked this feature and if it would be worth investing time into building it.

I designed nearly every screen and component in the first iteration of the app, and provided creative direction and performed as the UX lead in the latest version to be launched as of early 2017. Below are some of the explorations in information architecture and layout redesigns to jumpstart the next version.

Disciplr was on track to do seven figures in sales the first year of the launch! The idea was so powerful that it spun up an entirely new business unit, formed an LLC, and supports a thriving design and development team internally at David C Cook.

I have never met someone with a mix of design skill, strategic thinking, leadership, and innovation to match Paul's. 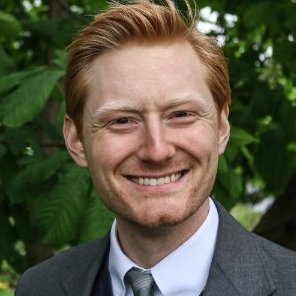 I can help Influence users toward your desired business outcomes and communicate a product vision that spans the full customer lifecycle.
Let's Chat!